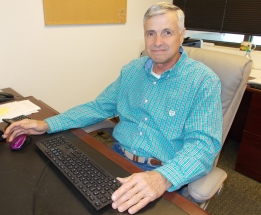 Tonello joined the Utilities Department’s Persigo Wastewater Treatment Facility in 1984 as a Wastewater Treatment Plant Operator 1. He promoted up through the organization over the course of his career and became the Manager of Wastewater Services in 2004. Under Dan’s leadership, Persigo has undergone many improvements and changes including the notable completion of the biogas project which allows methane gas produced at the Persigo Wastewater Treatment Facility to be used as fuel for City fleet vehicles. The project received international attention, coverage on the National Geographic channel, and is believed to be the only one of its kind in the United States. Dan served as the interim Utilities Director in 2017.

On looking back over his career, Dan said, “As Manager of the Wastewater Division, I have been given the opportunity to promote the advancement of many employees within the department. I have enjoyed being a mentor and helping many staff members attain their goals. We have been very successful in being a leader in our industry through the implementation of many new and innovative processes. I will miss the people that I have had the honor to work with.” 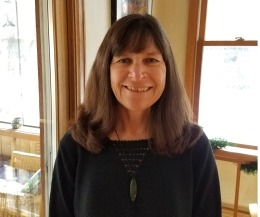 Portner joined the Community Development Department (referred to as Planning at the time) in 1985. She joined the organization as a Planning Technician 1 and promoted up through the organization and attained the position of Planning Manager in 1999. Kathy has served as the Interim Community Development Director on three separate occasions since 2000. She has been instrumental in a number of notable community planning projects and has proven to be an invaluable resource in the oversight of grant opportunities and has been instrumental in the City securing millions of dollars in grant funding for numerous projects across all City departments.

Kathy noted, “It has been a privilege and an honor to have spent most of my career with the City of Grand Junction and to work with the dedicated, professional staff and wonderful community. On my first day of work, over 30 years ago, I tried to find my way to the banks of the Colorado River to have lunch and quickly found there was no public access. It’s satisfying to see all the amazing work that’s been done on the Riverfront, as well as throughout the City, and to have had the opportunity to be a part of it in some small way.”

Tonello’s retirement will become effective December 14, and Portner will follow in spring 2019.