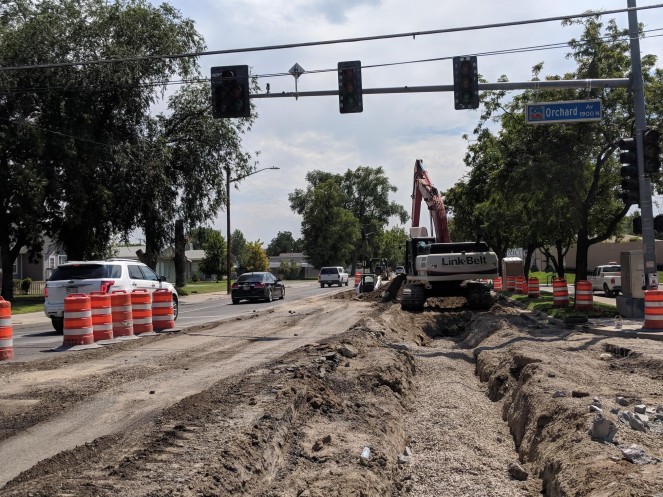 Unanticipated delays in the work that was conducted by Xcel Energy crews have created a schedule modification in the previously announced completion of the 7th Street Reconstruction project. The work which the City had originally projected to wrap up prior to the beginning of the school year was slowed when Xcel crews ran into construction complexities related to replacing a main gas line beneath the road’s surface. The new estimated date of completion is near the end of September.

Traffic is narrowed to one lane in each direction with flaggers in place at 7th Street and Orchard Avenue during peak traffic times. Access to businesses remain open.

The project, which is completing a much-needed reconstruction of 7th Street from North Avenue to Orchard Avenue, began in June and is being funded by the dollars that were approved by Grand Junction voters in April 2017. The approval of this ballot question is making it possible for the City of Grand Junction to use the excess TABOR (Taxpayers’ Bill of Rights) funds in the Riverside Parkway savings account to augment what is currently being spent on street maintenance projects and neighborhood pavement preservation for five years.

Public Works Director Trent Prall states, “We were really hoping to have this project complete before the students came back to school, but this was simply beyond our control. We understand this creates inconvenience for parents and students, but we just ask everyone to bear with us a little bit longer as we get this finished up. The road will be dramatically nicer to drive on than it has been for some time when we are done.”

To remain abreast of locations of street projects on a weekly basis, subscribe to our news blog to receive notifications direct to your email address. Also, if you encounter roadway damage in the city limits, please let us know by submitting a Fix It request.