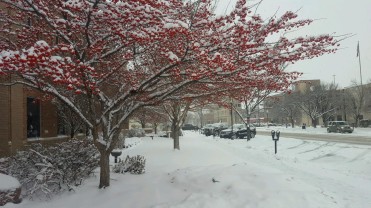 The ice storm that we experienced in Grand Junction on January 9, 2017 was very different from what we typically see here. From what we have been told, this was the first ice storm warning in Grand Junction history. The following are some bullet points to provide some insight into the operations required for this type of severe weather, and also to shed some light on how infrastructure decisions were made during the storm.